Please note that all emails sent by OKCHEM are from ***@okchem.com, service@mail. okchemvip.com, or notifications@edm-okchem.com. Please be alert of other emails sent to you in the name of OKCHEM.

Facts about Titanium dioxide in Food

Titanium dioxide is widely used in the food industry as the colourant E171.

Titanium dioxide is a bright, white compound; it has been used as a vital colourant in many industries for around 100 years. It gives vibrancy and texture to many products and is used abundantly in the food industry. 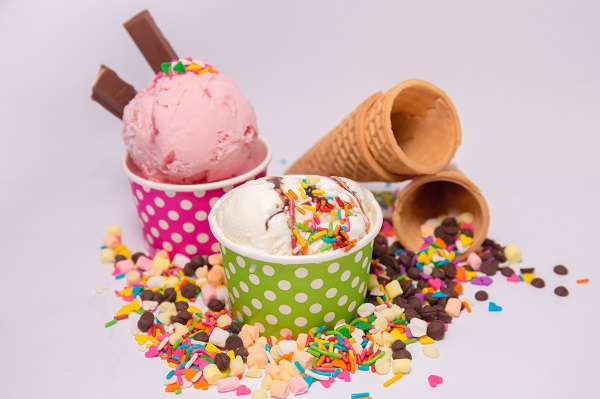 Titanium dioxide, known in food as the colourant E171, has been used for more than five decades. It can be used to make food look great and TiO2 used in consumer packaging can help protect food from degradation. It is poorly soluble and not readily absorbed by the body; its use in food has not been shown to have negative health impacts.

Titanium dioxide is used in the food industry to make food look brighter and more appealing. A naturally occurring material, titanium dioxide used in food is the purified form of an oxide of titanium, the ninth most abundant element on the planet.

Known as TiO2 or in food as the food colourant E171, it complies with current European legislation, which means it does not contain substances that are considered dangerous to consumers.

E171 is used in a range of foods, from sweets to processed cheese. Studies suggest that consumers are more likely to buy and eat foods that are brighter or more vibrant in colour, as they look fresher. TiO2 also adds texture to foods and is often used as an anti-caking agent.

E171 is often used to give a natural whiteness and opacity to foods, such as ice cream and the icing on cakes, helping to create great-looking food. Food-grade titanium dioxide has a long history in helping make our meals and snacks aesthetically appealing. Food manufacturers have been using it safely in approved uses for more than 50 years.

Yes – when used in food, titanium dioxide doesn’t enter the bloodstream and passes through the digestive system unchanged and unabsorbed. E171 has gone through rigorous European testing and classification, which proved that titanium dioxide has not been found to persist or accumulate in the human body or the environment.

TiO2 is approved for use as a colourant. For it to have any aesthetic appeal in foods, it must scatter visible light. This is what makes food appear whiter or colours brighter; for this to happen a particle must be 200-350nm (nanometre). Nanoparticles are defined either as being 100nm or less or to have been specifically engineered to be a nanoparticle. Therefore, the use of nano-TiO2 would be of no use to manufacturers seeking to enhance the appearance of food.

Nonetheless, concern has surfaced in France relating to whether nanoparticles are used in food. The French agency for food, environmental and occupational health and safety (ANSES – Agence Nationale de Sécurité Sanitaire, Alimentation, Environment et du Travail) has called for more research into the biological effects of nanoparticles in food.

In more than 50 years of use as a food colourant, no verifiable link has ever been shown between general intake of titanium dioxide and ill health in humans. In June 2018, following a request by the European Commission for a scientific opinion, the European Food Safety Authority (EFSA) confirmed their opinion that data on E171 in food showed no health concerns for consumers.

The initial opinion – published in 2016 – was part of a re-evaluation of all food colourants permitted for use prior to 2009. EFSA then reviewed the latest studies on E171 as part of this investigation. In their review, EFSA found that the safety of E171 is not influenced by the particle size as it is not absorbed into the human body. They therefore concluded that there was no reason to change the previous opinion that E171 was safe for use in food.

What do experts say about E171 in food?

In 2015, a group of researchers from the Food and Environment Research Agency in the UK, the Food Institute at the Tübitak Marmara Research Center in Turkey and the RIKILT Institute of Food Safety in the Netherlands carried out a study into the oral consumption of nano and larger particles of TiO2. Their research found that there would be no “significant internal exposure of the consumer to the nanoparticles”.

Andrew Maynard, Professor of Environmental Sciences at University of Michigan, is also unconcerned by its properties and the effect it has on humans. In a 2015 article, he said: “TiO2 is a pretty dull chemical. It doesn’t dissolve in water. It isn’t particularly reactive. It isn’t easily absorbed in to the body from food. And it doesn’t seem to cause adverse health problems.”

A safe and useful food ingredient

A wide range of pigments and additives are used to make food look more appealing to consumers. E171, however, is the most effective white colorant in food – in fact it’s up to five times more efficient than alternatives such as silica or calcium carbonate. Replacing it with an alternative could also introduce new, un-researched, hazards. By using E171, food producers are able to reduce the amount of colourant they use to create appealing and safe food.